IFM DESIGNED A UF FOR A WWTP TO MEET NPDES LIMITS

In early 2015, one of IFM’s clients was struggling to meet their NPDES limits set by the OEPA at a small Moving Bed Bioreactor (MBBR) WWTP. To avoid consistent violations, IFM began pumping out the system and having it hauled away so it could be treated properly. This proved to be costly every month so IFM needed to determine how to further treat this system to meet the required limits.

The main violation that was occurring monthly was for Total Suspended Solids (TSS) which means that the plant was discharging too many solids in the water. Biologically, the MBBR plant was removing BOD and ammonia as N enough to meet limits, but effluent limits quality was poor it most parameter categories due to these solids carry over. IFM decided to test, design, and build an Ultrafiltration (UF) System to install as a tertiary filter after the MBBR at this wastewater plant. 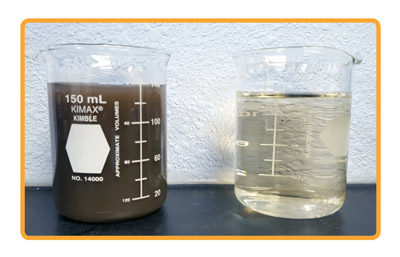 The UF system pulls its feed water from the converted clarifier that is aerated to maintain a mixed liquor after the MBBR and will create a permeate stream (clean effluent water) and a concentrate stream (dirty RAS water). The permeate stream will be sent through the remaining treatment which consists of ultraviolet radiation disinfection (UV) and post aeration to be discharged to the creek.

The concentrate that is created by the UF will be sent to the front of the MBBR which is located ahead of the aerated feed tank. This has been done so we can introduce more solids back into the beginning of the plant sustaining higher biological treatment in the MBBR.

The main reason the TSS was so high is because the water quality will not produce good settling solids in the clarifier so solids inventory was consistently low. The floating solids in the water was not getting removed and therefore being discharged from the plant. With the concentrate stream being reintroduced into the plant, we are intending for the solids to concentrate and with the UF as tertiary filtration settling is not needed in the treatment plant. 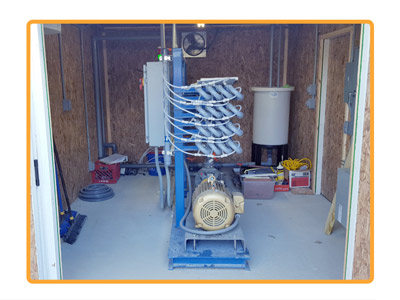 To install this system, IFM also had to construct an equipment building on site for this UF to be located in. The UF cannot be staged outside because it cannot be in the cold or the membranes and the piping would freeze in Ohio’s winter temperatures. The 10’x14’ building that was installed was fully equipped with a heater, a ventilation system, power controls for the UF and the CIP (Clean-In-Place) system.

In the table below are average sample results from the plant prior to and after the UF system was installed. The plant is currently meeting limit requirements that are set by the NPDES permit for this facility. 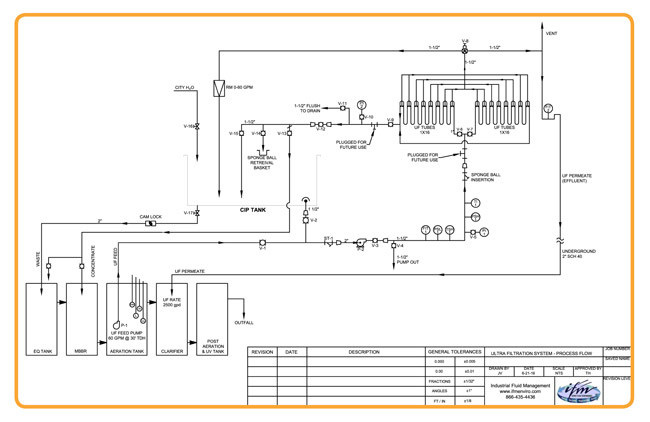