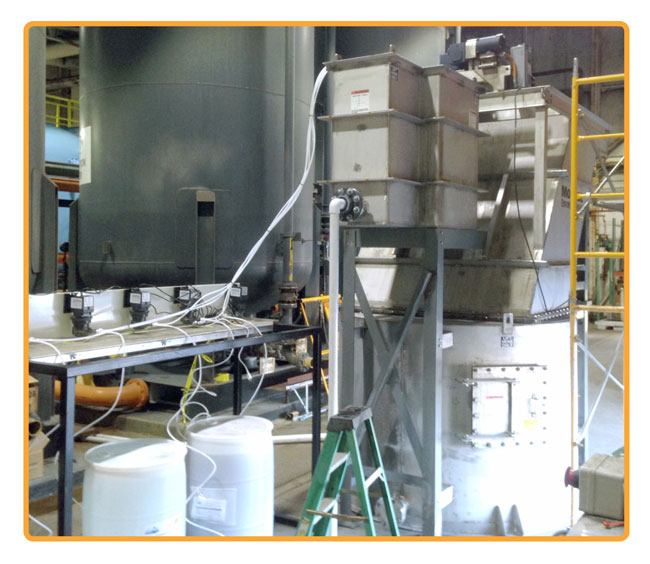 IFM assisted a local automotive foundry to evaluate current means of wastewater treatment conditions and methods. From Summer 2015 to December 2015, IFM completed an evaluation that consisted of a number of field samples to determine what may have been contributing to high concentrations of total suspended solids (TSS) as well as ammonia.

This field evaluation eventually led to bench testing and an onsite clarification pilot. The goals of this onsite pilot were to evaluate other physical and chemical treatment alternatives that could lower the concentration of primary metals of concern as well TSS.

This clarifier that was supplied should conservatively match what could happen through a pond system, utilizing the same chemistry that was used during the pilot. To aid in settling, coagulant, metal scavenger and polymer were added. pH was also adjusted with the use of Core Box Cleaner, provided by the foundry, to promote metal precipitation and flocculation.

The pilot operated for over one month with flow rates decreased to approximately 25 gpm due to the high influent solids concentration. While in operation, effluent and settled sludge was returned to the main system.

TSS and Zinc removal were proven as high as 90% for each parameter. Iron and TSS concentrations in the feed from either plant appeared to impact clarification efficiency along with suspected cleaning activities. To maximize metal precipitation / settling in the ponds, it was determined that a pH of 8.0—8.5 will be needed.

IFM recommended a weir and baffling of the ditch to create high intensity mixing for pH adjustment, coagulant and metal precipitant addition. Level monitoring near the weir could be used to create a flow proportional feed rate and the pH would also be monitored to determine the feed rate for caustic. Attached is a P&ID of the recommended equipment and design. 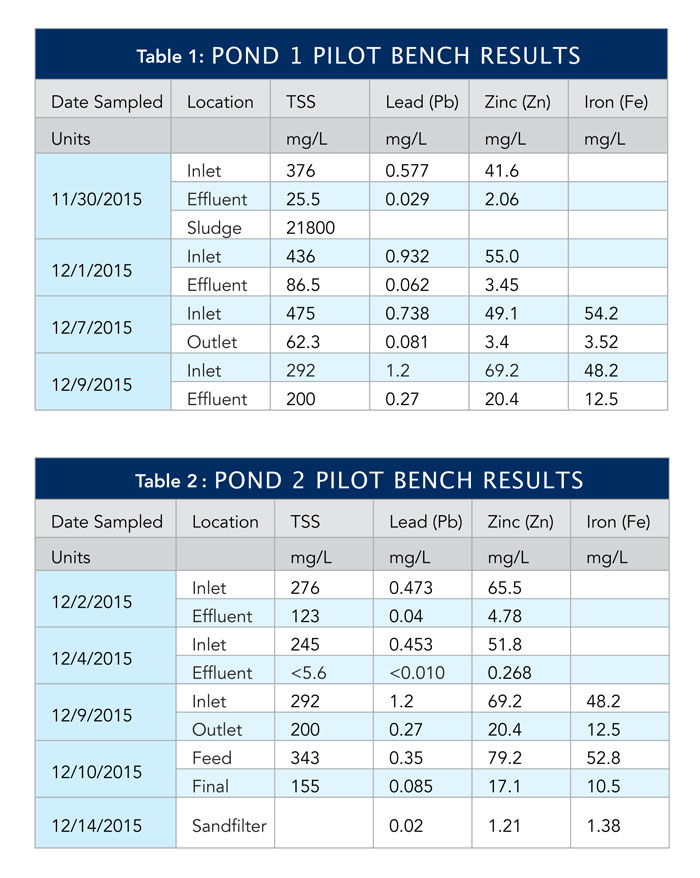